But when your car’s top speed is about 35 mph on level ground, highways aren’t an option.  And, as most of us know, seeing the country from the highways isn’t really “seeing the country”.  So knowing your starting point and desired destination for the day, how are we planning our routes?

In the early 1900’s there were few motoring maps, and those that were published were often referred to as “guidebooks”.  Most of the guidebooks available for motorists were descriptive in nature, and not really maps (detailed maps, anyway).  This webpage describes what the first road trips were like using guidebooks for direction, with instructions such as these:

Today we have incredible resources at our fingertips to plan our trips and, once on the road, to know our precise location anywhere on earth to within just a few feet.  So, like everyone else these days, we sat down with Google Maps to start our planning.  But resources like Google Maps are designed to get people to their desired destinations as quickly as possible, which means highways and other major roads.  But as mentioned above, those roads are neither usable nor desired for our cross-country trip.  So, we started doing a lot of hand-manipulation of the suggested Google Maps route between a starting point and the desired end point (for those of you familiar, we did a lot of ‘dragging and dropping’ of the suggested blue route line) but we quickly started hitting the 10 way-point limitation Google built into Google Maps.  This meant that unless we could build a daily route on the map in 10 way-points or less, we’d have to plan a series of shorter routes and then sum them up to get our total distances, stops, etc.  Then along came the bicycle.

After complaining about this “feature” to some coworkers, it was brought to our attention that you can force Google Maps to get you off the main roads by selecting the bicycle icon as the mode of transportation.  This greatly simplified our route planning, with the caveat that we had to make sure the route wasn’t taking us through a public gardens or on a ‘rails to trails’ bike path in some small town.  Now we could plan an entire day’s route, with step-by-step directions, in one sitting.  Of course, we still ‘forced’ Google Maps to roads we thought we might prefer, but most of the hard work about keeping us off the busy main roads was done for us.

We had to double-check (or at least spot-check) the Google-proposed route, but once again modern technology made this easy.  Almost every road in the United States has been visited by the funny-looking Google street-view car, so by simply using Google Map’s “Street View” we could virtually drop down onto the roads in our route and spot check them for size, condition, estimated traffic, and even turn points.  In fact, by the time we were done mapping our first several days’ worth of travel, it was commented that we no longer needed to go since we’d already ‘seen’ everything!

This is probably not a road we’d prefer to travel on…. 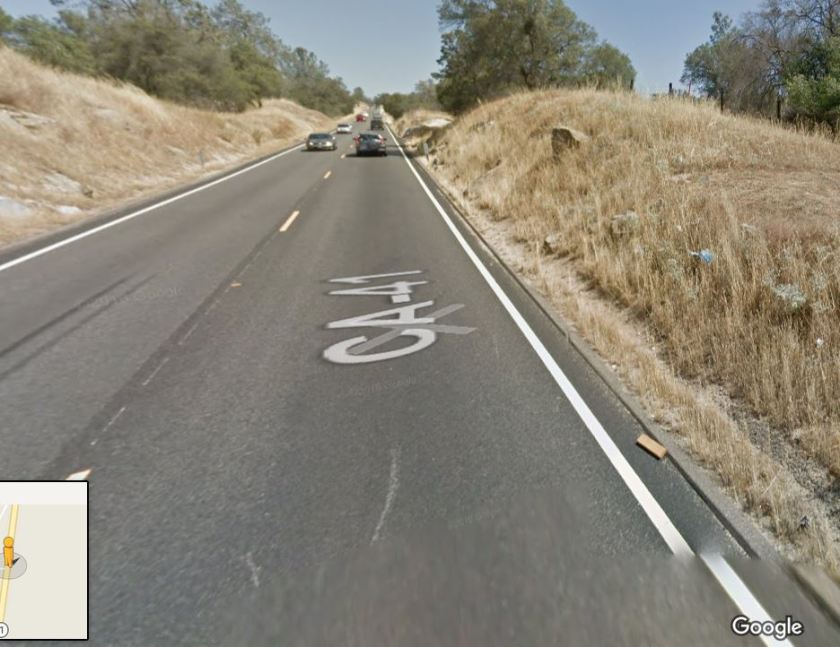 But this one looks more promising!

Start from the beginning